The Philadelphia Eagles are apparently closing the book on an amazing chapter of the franchise. Eagles VP of football operations Howie Roseman announced on Wednesday at the NFL Scouting Combine that the Eagles will not be using the franchise tag on Nick Foles, and will instead let him test free agency. 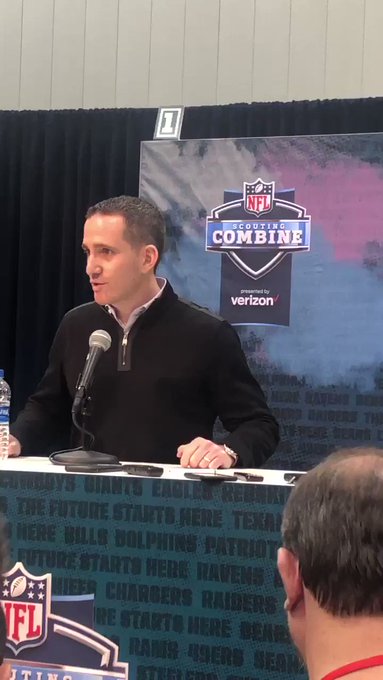 “We have been so fortunate to have two top 15 quarterbacks in Carson Wentz and in Nick,” Roseman said. “I’ve spent a lot of time discussing this internally and with him and we decided to let Nick become a free agent.

Foles led the Eagles to an improbable Super Bowl in 2018, defeating the Patriots to give the Eagles their first ever Super Bowl championship while winning MVP of the game in the process. A statue of Foles and Eagles coach Doug Pederson now resides outside of Lincoln Financial Field, as the two called the famous “Philly Philly” play that resulted in Foles catching a touchdown pass from Trey Burton.

Foles’ contract had an option in it allowing the 30-year-old quarterback to buy his way out of the deal, which he did earlier this month. The Eagles had the option to exercise the franchise tag to keep him, but the expense of that would be upwards of $25 million. The Eagles have just over $2 million in cap space so tagging Foles, simply put, would complicate things.

Once the NFL free agent period opens up on March 13th, Foles will be the most covenant price on the market.

Courtesy Of The Source. JASON CORDNER